“How does the Law of Attraction work for people who have been disenfranchised?”

It’s relative to your system of belief and overall understanding of other interconnected ‘universal’ laws. The problem with books like The Secret that’s targeted at the desperate and the hopeful (reminds me of some churches and cults) is it leaves out much and when it doesn’t work people retort how it’s bullshit. Imagine expecting a toy to work sans batteries and calling the toy bullshit. If people go deeper within and challenge their unfounded beliefs it and many other concepts come alive in a wildly different manner.

It took me over twenty years to incorporate tarot in my practices. I had to be cleansed of any ignorance and have a range of experiences that placed me into a better over-standing of it. A studied and knowledgable one. As there are no coincidences, one cannot come to said conclusion without outright having a knowing or through a process of unravelling many ‘mysteries’ or alas basic study and cross referencing in studies. We do not have a lot of language for much that is unseen and is not agreed upon by a mainstream of science, religion and philosophy. Even the bible says study for yourself. To use an overused term that we all are too familiar with – a lot of consensus is ‘toxic’.

The average person is connected to whichever constructs they inherited from family, or friend and work circles. Much love to those who destroy the constructs that keep them from evolving and being empowered from within.

There comes a point where you have to figure out the best course of action to pursue a different path and face possible ridicule for doing so. If you learn that everything need not be said and that you have nothing prove you can do so much whilst growing and affecting people with alternative measures to navigate this experience.

Lastly, the constructs we battle in the current moment are new, they didn’t exist before The Law of Attraction. Gravity nor Trauma care about the form you incarnate in. Hermes Trismegistus been spittin’ that fly shit for a long time. Ultimately, if you can’t fathom something you have to ask yourself why exactly you can’t. Is it based on you knowing something that disproves it? Before we even take a stance on anything outside of our core belief system we need to be able to actually challenge what we believe. Can’t switch modality without it. Can’t benefit from alternative views either. Or at least being capable to be open to new concepts and delve into them with basic curiosity.

Oh what an experience my life has become not being oppressed by constructs, introspection, study and application.

As an artist, what is self-care to me? 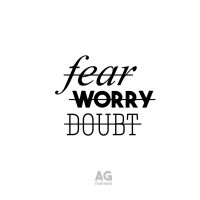 I AM. #SelfWorkMatters. My story. I'm sticking to it.